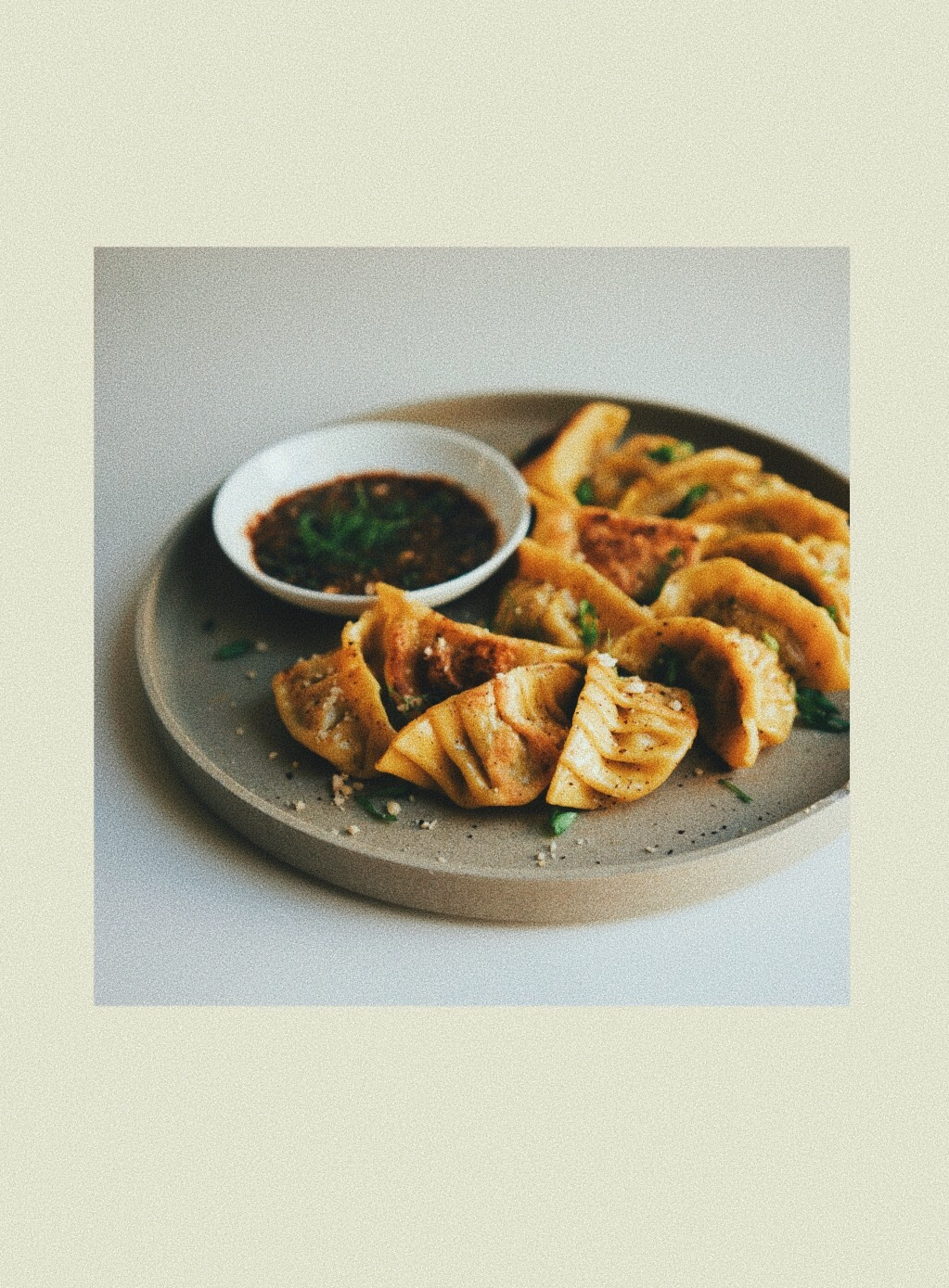 A play off the classic pork dumpling but with hearty fall flavors of carrots, sage, and hints of cinnamon.

While dough is proofing, peel carrots and cut into halves. Season carrots with olive oil, salt, and pepper to taste and place on a sheet pan. Roast at 400 degrees for 20-25 minutes until soft. (Rotate pan at the halfway point and give it a little shake for an even roast.)

When carrots are cooked, put carrots in a food processor along with pine nuts, olive oil, cinnamon, sage and blend until it forms a slightly chunky paste. In a large mixing bowl, incorporate the carrot mixture with ground pork, salt, garlic, ginger. Mix with hands in a circular motion until it's all incorporated together and tacky, about 2-3 minutes.

Place a small dab of meat (about a third of the size of the wrapper) into the middle. Dip your finger in a little bowl of water and lightly wet the edges of the wrapper. Seal the dumpling together by carefully pleating one half of the dumpling and attaching it to the other half. Repeat until you've run out of filling or wrappers.

If you have leftover filling it's great to stir fry it and eat with rice.

If Steam-Frying — Add generous dab of vegetable oil and place dumplings bottoms down and fry on medium heat for 1-2 minutes. Add 1/2 cup to 1 cup of water and place a lid on top (add water quickly to avoid too much splattering) and steam for 5-6 minutes on medium high heat. Once the water has evaporated give the pan a little shake and stir to give the dumplings an even browning, serve.

If Boiling — Place dumplings in a pot of boiling water. Let sit for a couple minutes until the water is boiling again. Pour a 1/2 cup of cold water into the pot to settle the boiling water back down (this will allow the filling to cook without having the wrappers break apart) Wait again until the water is boiling and dumpling start to float. Your dumplings should be ready to eat on the second boil (check one to make sure filling is cooked). If not just add another 1/2 cup of water and repeat process until dumplings are floating and water is boiling. Fetch those little guys out with a strainer, serve.