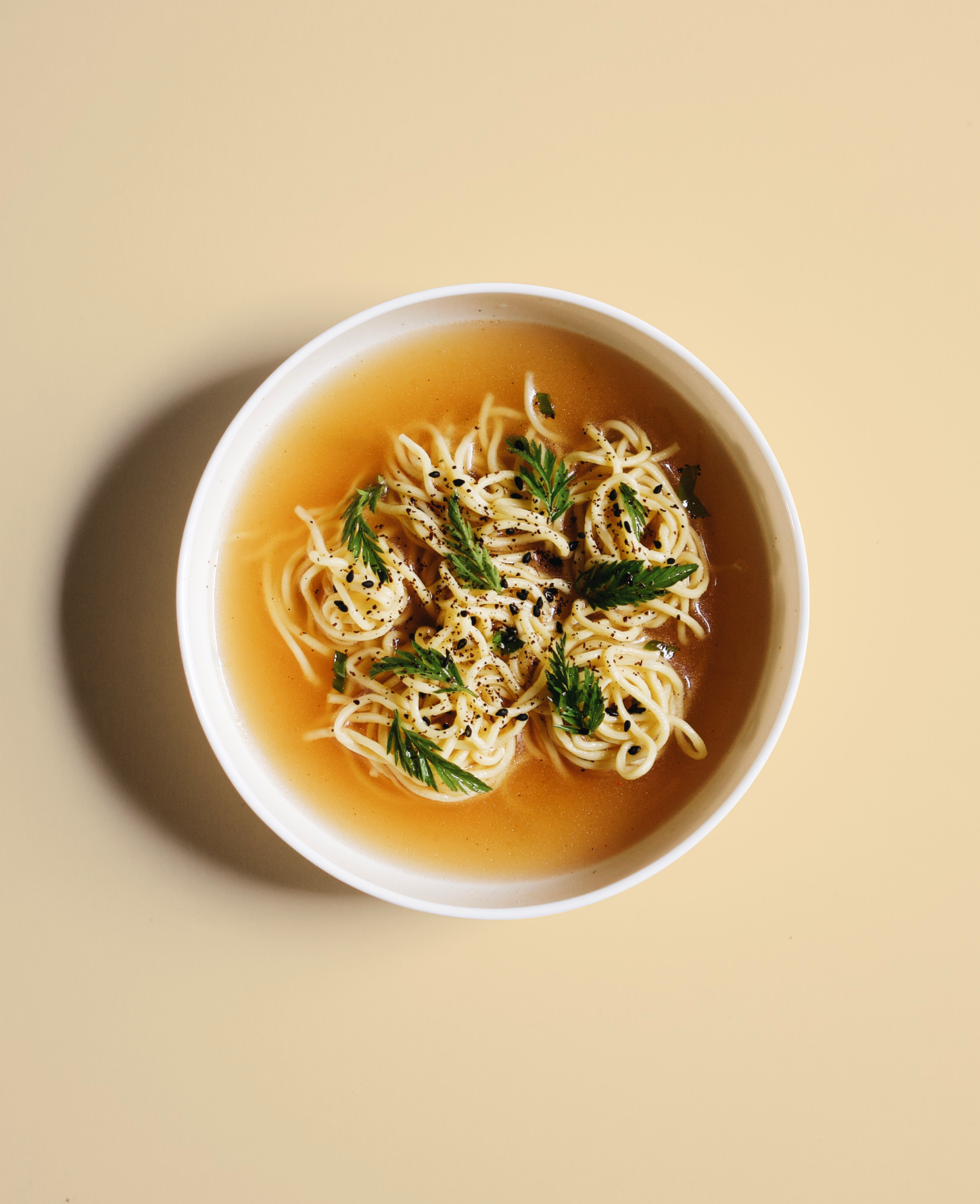 A super simple bowl of my two favorite things in the winter, chewy egg noodles and a nice warm comforting bowl of light broth. My family is obsessed with drinking bone and vegetable broth instead of water so we would always have this with literally every meal for dinner. This specific recipe is pretty flexible and you can use homemade broth or packaged to cook with.

Cut tomatoes, onions, and scallions into quarters. Roughly chop parsnip into thick, diagonal slices, then place all the veggies into a large pot. Cut a small slice of fresh ginger and place into the pot as well. Season with a tablespoon of kosher salt.

Add bone broth and water into the pot and set burner to high, then cover pot until the broth reaches a boil. Once the broth is boiling, turn the heat down so that it's at a low simmer. Cook for an hour and a half to two hours, adding water and salt as needed.

While the broth is cooking, follow this egg noodle recipe to make one serving of egg noodles. When your broth is almost done, cook fresh egg noodles in a salted pot of water for 1-2 minutes until al dente and set aside.

Once you're broth is done cooking, you can strain it so that it's clear or you can keep the vegetables in and serve it chunky (up to you!). Ladle broth into bowls and top with your cooked egg noodles. Garnish with fresh herbs of your choice and serve.